We traveled down to Aiea and the Aloha Stadium Swap Meet & Flea Market this morning/afternoon.  We spent a couple hours walking around looking at all the stuff and buying a few things. 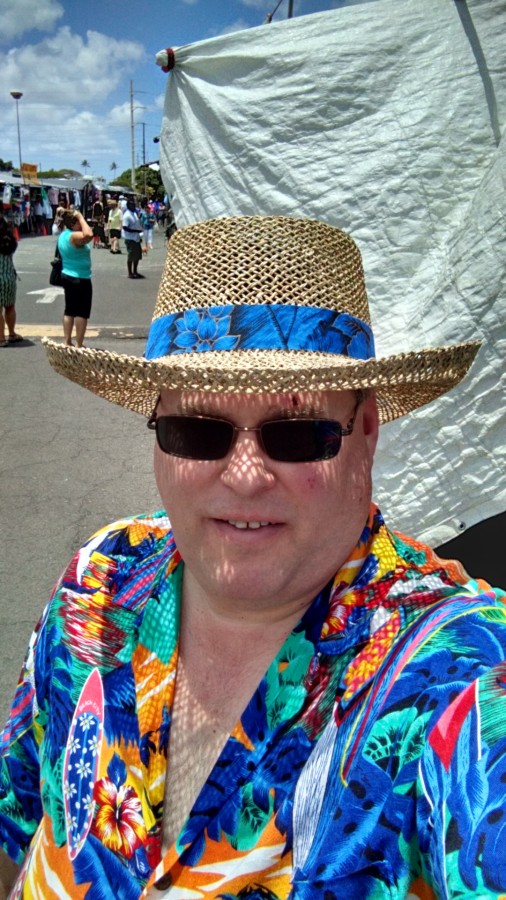 We noticed a big change in the market compared to our first visit in 2009. During our second visit in 2011, we thought things had slowed down and gotten smaller, but the change the past four years is noticeably drastic.

In 2009, there were booths filling up the majority of the sites in the first three rings of parking sites all around the stadium.

In 2011, this was reduced to two rings mostly full, but the inner ring was mainly empty.

Now, there is just a single ring of vendors in the middle ring, and these sites are not all occupied.

Plus, the parking lot for customers was nearly empty, we could park almost anywhere close to the vendors, and we arrived before noon, so it should have still been fairly busy, especially for a cooler, dry and breezy day (only 85-86°F at the peak of the day…)